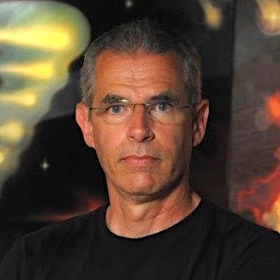 Thomas (Tom) McNear, Lieutenant Colonel, US Army (ret.) was the first member of the Army Star Gate program to be personally trained in Coordinate Remote Viewing (CRV) by Ingo Swann and the only member Mr. Swann trained through Stage VI; he was the “proof of principle guinea pig.” Tom’s sessions also began to evolve into Stage VII (phonetics), naming many sites by name via phonetics. Paul Smith wrote: “Tom’s results were not just impressive. Some could even be considered spectacular.” In 1985 Tom wrote the first CRV manual based on his training with Mr Swann.

After serving in the Army’s remote viewing program from 1981-1985, Tom continued a successful career in Army counterintelligence and counterespionage. He retired from the Army in 1997.

In 2011, after a 26 year hiatus, Tom performed a successful CRV session with Ingo Swann as his monitor. He has a Master’s Degree in Counseling Psychology from Saint Mary’s University in San Antonio, Texas, and continues to serve the Army as a civil servant while living in Seaford, Virginia with his wife of 37 years, Faye VanDyke McNear.

Thomas (Tom) McNear, Lieutenant Colonel U.S. Army (retired) was an original member of the Army’s Star Gate psychic spying program. He was personally trained by Ingo Swann in Controlled Remote Viewing (CRV) Stages 1-6, and was the only member Swann trained past Stage-3. Although there was no training for phonetic signals – sounds that are analytically relevant to the site – phonetics spontaneously presented in McNear’s training allowing him to name at least six sites by name. Swann decided to call these phonetic signals Stage-7. In his meticulously documented presentation, McNear will take conference attendees through the stage 1-6 training sessions that led up to the production of Stage-7 phonetics. He will discuss what Stage-7 signals are and aren’t, and he will propose possible training techniques for Stage-7 phonetics.

IRVA 2021 – Mars Through the Eyes of Science & Remote Viewing

It was June 1984 when Ingo Swann and his psychic team remote viewed the planet Mars, and Tom McNear was viewer number two on his team. Recently discovered documents written by Swann reveal even more, and since then others have viewed Mars with surprisingly similar results.

What do remote viewers say about structures on Mars? What do they say about the possible existence of a human-like civilization? Tom will discuss the perceptions of the viewers, how they correlate, and how they compare to what scientists believe is true about possible life on Mars.

Tom McNear will discuss meeting Ingo Swann, training with Ingo, life in the Center Lane program, and what it was like to do a session with Ingo after a 26 year break. Tom will also discuss why he left the program after completing training in Coordinate Remote Viewing (CRV) Stage VI, how the assignment affected his military career, whether it interfered with his natural psychic abilities, and if he continued to use remote viewing in his everyday life.