What is Remote Viewing? 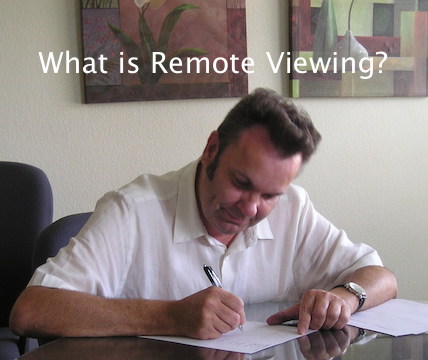 Remote viewing is a mental faculty that allows a perceiver (a “viewer”) to describe or give details about a target that is inaccessible to normal senses due to distance, time, or shielding. For example, a viewer might be asked to describe a location on the other side of the world, which he or she has never visited; or a viewer might describe an event that happened long ago; or describe an object sealed in a container or locked in a room; or perhaps even describe a person or an activity; all without being told anything about the target — not even its name or designation.

Finally, one last point related to structures or methods that are often employed in remote viewing: RV is not really a “psychic phenomenon” as such, but actually an imposed discipline or skill that helps the viewer to facilitate or “harness” his or her own innate, underlying psi abilities. Some RV theorists think that formal RV methods are really just strategies that help the viewer to more successfully and reliably access the subconscious, where it is most likely that information obtained from RV first emerges into human consciousness.