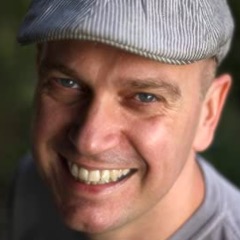 Alexis Champion is the founder and director of iRiS Intuition, a company dedicated to the use, training and scientific research on intuition and remote viewing. iRiS is active in diversified fields such as industry, banking and finance, archeology and history, energy, the judiciary, management and the arts. Its clients include Electricité de France (EDF), Societe Generale, the Institute of Environmental Education (Ifore), the French National Railway Company (SNCF), the French judicial police, Sodexo, the National Superior School of Art. IRiS’s intervention topics are decision support in situations of uncertainty or urgency, creativity and innovation, the development of individual and collective excellence.

Alexis holds a PhD in computer science, with a specialty in distributed artificial intelligence (Universite Polytechnique des Hauts de France). For a dozen years, he was a researcher and then director of IT projects at the Research Department of Renault, the National Institute on Transport and Safety (INRETS), at CS Group, SNCF, Astek and the French Navy. He was a board member for the Institut Métapsychique International (2005-2008) and its executive director (2008-2009). Since 2008, the iRiS Intuition team has led 100+ remote viewing projects for corporations, the police, archaeologists, artists, NGOs… With IRVA, he founded the Warcollier Prize. He also has been a lecturer on management of innovation for AFPI-University Paris 6 Sorbonne since 2015. In 2018, with Marie-Estelle Couval, he published an intuition and RV book for the general public “Développez votre intuition”.

Alexis first got interested in perceptive psi via the study of human perception & decision making during his research in artificial intelligence. He found out the remote viewing literature and decided to move on that direction. Applications, R&D and what it can provide to fundamental research is what drives him. His views are that remote viewing protocols can be enhanced, via training and the use of software, to get better operational results for companies.

As with any technology seeking to position itself in a growing business, Remote Viewing faces the fundamental challenges of feasibility and profitability, both for the supplier (to include the team of viewers) and for the client. Like other business services based on human factors, profitability can be obtained and enhanced based on the performance of both human resources, and the tools, in this case, software.
As the protocols and techniques evolve and become more effective, taskers, viewers, monitors, and analysts can enhance their competence through up-to-date training. Even though the RV domain has been thoroughly explored since the 1970s, there is still more work to be done. It is surprising however, that software tools are practically non-existent in such an innovative area as Remote Viewing.


IRVA 2010 – The Time-Machine Program: A Systematic Approach for Intuitive Archaeology

Intuitive (or psychic) archaeology seems a good way to widen the archaeologist’s tools. To explore this field, since 2006, a French team is pursuing a remote viewing based program: Time-Machine. Hosted by a nonprofit organization, IRIS-PA, its goal is to study non-local consciousness applied to archaeology, from both theoretical (literature review and its evaluation) and practical (research with the RV tool and its evaluation) points of view.
The purpose of this presentation is to introduce the Time-Machine program by taking for support one of its projects: the PA05 project, known as the Man-Museum project (MMP). After a general presentation of the program, he will stress the MMP and its results. The conclusion of this presentation will embrace the project’s results as well as the general observations made for the whole program by the end of 2009.