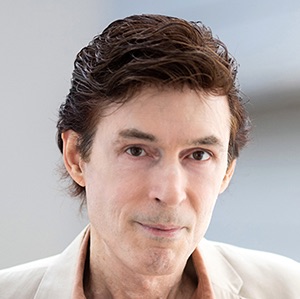 Courtney Brown, Ph.D., Courtney Brown is a mathematician and social scientist who teaches in the Department of Political Science at Emory University in Atlanta, Georgia. He received his Ph.D. degree from Washington University (St. Louis) in 1982 in political science with an emphasis on mathematical modeling. He began his teaching career as a college calculus instructor in Africa before moving on to teach nonlinear differential and difference equation modeling in the social sciences at the University of California at Los Angeles, Emory University, and the Inter-university Consortium for Political and Social Research Summer Program at the University of Michigan. He has published numerous books on applied nonlinear mathematical modeling in the social sciences, including two new volumes, one on applied differential equation systems (2007) and another on graph algebra (2008), a new graphical language used for modeling systems. He also has an interest in political music, and has recently published a book on the subject. Independent of his work as a college professor, he is the Director and founder of The Farsight Institute, a nonprofit research and educational organization dedicated to the study of a phenomenon of nonlocal consciousness known as “remote viewing.” He recently published a book titled Remote Viewing: The Science and Theory of Nonphysical Perception. In this book he analyzes data and develops a new theory that explains the remote-viewing phenomenon as a consequence of superposition formation on the quantum level.

The time is now appropriate to utilize the extant remote-viewing research to draw basic conclusions about human history and our understanding of physical existence. Drawing from an extensive collection of studies conducted both at The Farsight Institute and independently, Dr. Courtney Brown will outline some basic and fundamental lessons that seem inescapable from this research. These lessons include the non-solidity of physical matter, the illusion of time and the existence of simultaneous sequentiality, the vibratory nature of the universe, as well as radical revisions to the understanding of basic human history. This one-hour presentation will connect the dots while offering a daring perspective on using remote viewing for both scientific and historical research.

IRVA 2011 – The Creation of the Asteroid Belt: Using Remote-Viewing Data to Investigate the Exploding Planet Hypothesis

Ever wonder how the asteroid belt formed? The prevailing theory says that it is essentially a planet that never formed out of the original primeval solar nebula of gas and dust. However, there are huge problems with this theory. For example, the asteroids are large rocks that arguably needed a significant gravity source in order to form in the first place. The late astronomer Tom Van Flandern, who led the Celestial Mechanics Branch of the Nautical Almanac Office at the U.S. Naval Observatory in Washington, D.C. from 1963 to 1983, developed an alternate theory explaining the origin of the asteroid belt which he described in detail in his book: Dark Matter, Missing Planets, & New Comets. His idea is that a planet once existed in that location in our solar system, and it exploded. We call this the “exploding planet hypothesis.” This theory has been widely ridiculed in mainstream astronomical circles, mainly because of resistance by mainstream astronomers to the idea that planets could explode in the first place. Dr. Courtney Brown presents the results of a new remote-viewing project that was conducted at The Farsight Institute that re-examines this hypothesis. Five highly trained remote viewers using CRV and HRVG methodologies participated in this scientific study.
The Prometheus Protocols are also used to reliably and verifiably employ remote viewing in experiments involving prediction. These are scientific research protocols, which differ from operational and training procedures used with remote viewing.

The Farsight Institute conducted a Climate Project that utilized remote-viewing data with Earth-based targets for the years 2008 and 2013. Three remote-viewing methodologies were involved in the study: CRV, HRVG, and SRV. The primary purpose of the study is to explore the use of remote viewing to predict the future. All remote-viewing sessions were completed prior to the target date for the 2008 targets. All targets were randomly assigned to the remote-viewing sessions using a publicly verifiable process after the remote-viewing sessions were completed, data encrypted, and all data made available for public download from the web site for The Farsight Institute. The remote-viewing data thereby described the 2008 targets in advance of the targets being chosen for the sessions. The targets were chosen using Google Earth, focusing on targets which might be expected to show signs of noticeable near term environmental change within the time span of the study. The sessions for the 2013 targets have yet to be validated, of course, since 2013 has not yet arrived. In this study, the 2013 targets probe two different future timelines, one in which mainstream science recognizes the existence of remote viewing as a real phenomenon as well as the existence of some form of extraterrestrial life, and another timeline in which this recognition does not occur. The rationale behind the two timelines is that the near future may be significantly different under the contrasting scenarios. This presentation outlines the preliminary results of this study.
The Prometheus Protocols are also used to reliably and verifiably employ remote viewing in experiments involving prediction. These are scientific research protocols, which differ from operational and training procedures used with remote viewing.

Conducting public demonstrations of remote viewing is of crucial concern to the remote-viewing community. The future of the field depends on the ability of remote viewers to demonstrate their ability to transmit information across time and space without the use of the normal five physical senses. This presentation will describe The Prometheus Protocols, a comprehensive set of procedures that can be freely used by all interested remote-viewing groups to conduct public experiments so that the resulting data will be acceptable for scientific scrutiny.
The Prometheus Protocols are also used to reliably and verifiably employ remote viewing in experiments involving prediction. These are scientific research protocols, which differ from operational and training procedures used with remote viewing.

The “displaced target phenomenon” occurs when a remote viewer accurately describes a target that is one among a small pool of targets, but that target is not the one chosen by an external event. This situation often occurs with associative remote viewing experiments, but it also manifests in experiments that seek proof of psychic functioning that have repeatedly appeared in the scientific literature. In the latter case, remote-viewing data are typically given to a panel of judges who compare those data with a short list of potential targets (usually five total) in which one target is considered “real” and the others “decoys.” The real target is determined by a random event that is unknown to the judges at the time that they are evaluating the remote-viewing data. In the past, scientists have often repeated this experiment to assemble hit or miss data sets with sufficient sample sizes to offer statistical proof of psychic functioning.

However, it is now known that this experimental design fatally interferes with (and thus corrupts) the remote-viewing data collection process itself, leading to markedly diminished evidence of psychic functioning. The cause of this corruption is connected to a quantum interpretation of the remote-viewing phenomenon. This presentation explains this, and offers a new means of statistically evaluating remote viewing data based on individual sessions using the SAM (Session Analysis Machine) free software. Using this software, it may also be possible to potentially resolve the displaced target phenomenon for associative remote viewing experiments. The use of the SAM software is explained. The SAM software works equally well with all styles of remote viewing (e.g., CRV, HRVG, SRV, etc.)

Remote Viewing: The Science and Theory of Nonphysical Perception
$24.95
Buy from Amazon.com

Chaos and Catastrophe Theories (Quantitative Applications in the Social Sciences)
$25.99
Buy from Amazon.com

Politics in Music: Music and Political Transformation from Beethoven to Hip-Hop
$24.95
Buy from Amazon.com

Remote Viewing: The Science and Theory of Nonphysical Perception
$9.99
Buy from Amazon.com

Serpents in the Sand: Essays in the Nonlinear Nature of Politics and Human Destiny
$22.45
Buy from Amazon.com

Ballots of Tumult: A Portrait of Volatility in American Voting
$6.01
Buy from Amazon.com