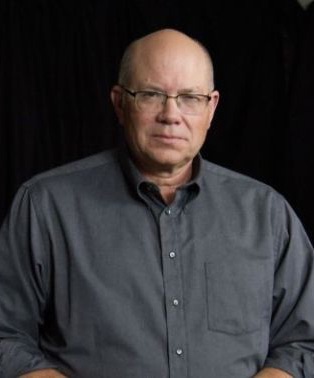 Outside of philosophy of science circles, few people have ever heard of Imre Lakatos. Lakatos, who died in 1974 at the age of 51, was a peer of Thomas Kuhn, now famous for bringing the word “paradigm” into popular use. Lakatos’s ideas about scientific progress are subtler than Kuhn’s notion of sudden paradigm shifts, but in other ways they harmonize. I won’t go into detail now, but one of Lakatos’s points is important to what I have to announce here.

Kuhn’s revolutionary ideas exposed the role of the “Old Guard” in slowing scientific progress. The Old Guard is the gatekeeper of social and scientific orthodoxy. Its ranks are filled with scientists, academics, scholars, professors, and theorists. Defenders of the status quo, they have committed their careers to a certain way of approaching the world. They are so invested in the old way of doing things that they are obliged to allow only small, acceptable changes to the old paradigm and fight against the new.

Thomas Kuhn told us why they do it. Imre Lakatos told us how they do it.

Members of the Old Guard don’t just argue against new ideas that conflict or contradict the paradigm they zealously defend. And they don’t just ignore or reject new perspectives, new tools, or new findings that don’t square with the world view they are committed to protecting. They actively resist change by denying to any researcher who fails to win their approval the means to make progress in the field. The Old Guard owns the resources that make research possible.

What are these resources? First there are the official publications, the refereed journals, the textbook publishers. If your experiment fits inside the borders of the old paradigm, your findings stand a good chance of being published in journals or books where others can see them and build upon them. What you discover becomes part of the world’s knowledge base.

If, however, you research a phenomenon that is deemed inappropriate – that is, for example in the case of ESP or remote viewing, considered ‘pseudoscience’ – it does not matter how carefully you work, nor how profound your discoveries. The Old Guard will spurn you. You will not get published, no one will notice your work, and no one will build on your findings.

But that is not the only way the Old Guard keeps the new paradigm at bay. The most powerful means to enforce orthodoxy in science is by controlling the money. Nearly all research requires some level of funding. Whether it is for specialized instruments, data processing, analysis, test tubes, meters, office materials, compensation, or travel – without funding it is difficult to do much worthwhile research. Super-colliders, quantum computing, genetic modification, stem cell research, or even grizzly bear reproduction receives billions, millions, or even scores of thousands of dollars in grants and research funds. There was a time when ESP and other kinds of parapsychology research received not millions, but at least thousands of dollars a year. But as the skeptic movement gained strength, the funds for ESP research dried up. And the skeptical community, along with mainstream science that the skeptics have managed to co-opt, wants to keep it that way.

It is time, however, for a change. Thomas Kuhn knew that the Old Guard doesn’t last forever. (One saying has it that “Science progresses one death at a time.”) And Imre Lakatos told us that old “scientific programmes” eventually give way under pressure from the new.

Ironically, the Obama presidential campaign has shown us the way. Whether you intend to vote for Senator Obama or against him, you have to admire the genius in how he funded his campaign. He mostly by-passed the fat wallets of the political establishment – the political Old Guard – and appealed directly to the common man (and woman). Though I’m sure Obama appreciates big checks he receives from people with lots of money, his real strength comes from those who are only able to contribute in denominations of 20, or 50 or 100.

Opinion polls regularly show that a large majority of the populace continues to recognize the reality of ESP and other of what we have come to call ‘paranormal’ phenomena. The smaller minority who don’t believe in these things include many in the intellectual elite – the scientists and skeptics who make up today’s Old Guard. They are the ones who hold the purse strings. As long as we must rely on them to open up those purses before we can do more real research into non-local consciousness, that research will never be done!

But we can learn from Barack Obama’s example how to make an end-run around the Old Guard to help bring new life to the scientific exploration of ESP. The International Remote Viewing Association (IRVA) wants to lead the way. To accomplish this IRVA is doing three things:

IRVA is in the beginning stages of building an online resource of information to help those interested in scientifically investigating remote viewing create good quality research projects and experiments, while avoiding mistakes that have been made in the past. Why reinvent the wheel, when so much is already known about what can go wrong and how to avoid it?

IRVA has activated the Gabrielle Pettingell Memorial Research Fund. You can make your tax-deductible contribution by mail or online. We encourage you to be generous, but welcome any amount from $10 to $10,000 or more. You can be sure that your contributions will used only for worthy research projects (IRVA retains 5% of contributed funds to offset processing and banking expenses).

IRVA is in the process of completing the data analysis of its first-ever remote viewing research project. In November 2008 a group of six experienced remote viewers gathered and, assisted by four additional research personnel, remote viewed four sets of double-blind targets while being monitored by an operating random event generator (more details are available at www.crvreg.org. This experiment was coordinated by consciousness researcher Melvin Morse, MD, IRVA’s secretary John P. Stahler, and IRVA’s president, Paul H. Smith. Expenses ran about $2,000.

You may have heard of guerrilla marketing. Now we open a new era of Guerilla Funding. You have a chance to join a movement that aims to overwhelm the Old Guard. Become a part of future history by joining with us today.