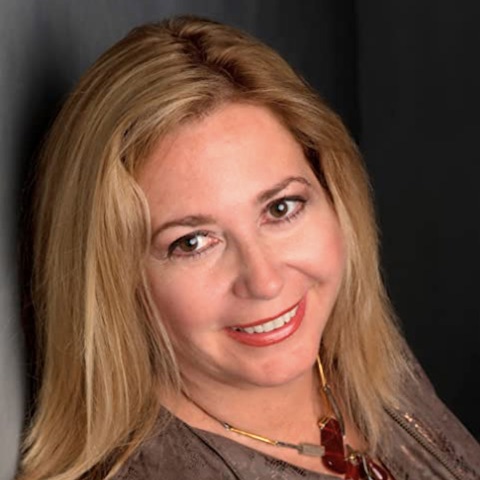 Nancy du Tertre is a magna cum laude graduate of Princeton University and honors graduate and published member of the Law Review of Pace Law School. She has owned and operated an award-winning health industry newspaper, a printing company, and a 242-bed skilled nursing home. She practiced securities litigation at a New York law firm for nearly a decade before deciding to take over the U.S. operations of the largest porcelain giftware manufacturer in Limoges, France. Nancy was apprenticed to famous psychic detective Nancy Orlen Weber for nearly a decade, and studied with numerous other British and American mediums, and Russian medical intuitives. Today she is known as “The Skeptical Psychic” and is a practicing psychic detective, spiritual medium, medical intuitive, energy healer and paranormal investigator. She has taught monthly workshops, given lectures to university psychology students, and spoken and psychic and paranormal conventions around the country on the topic of psychic ability. Nancy was also the host of an internationally respected CBS radio show called “Hot Leads Cold Cases” for nearly four years in which she interviewed some of the world’s most famous scientists, psychics, mediums, and researchers in the psychic field. Nancy is the author of several books: “Psychic Intuition: Everything You Ever Wanted to Ask But Were Afraid to Know” (2012); “Behind Criminal Minds” (2011), co-written with a former NYC homicide detective; and “The Art of the Limoges Box” (2003), an art history book considered authoritative in the field. Nancy also trained for 12 years and is certified in Intuitive Gestalt Psychotherapy from the SomaPsyche Institute in New York.

Nancy Du Tertre will present her theory that there is no such thing as a “Sixth Sense.” In fact, she proposes psychic ability is “trainable” precisely because it does not involve a “Sixth Sense.” Nancy will discuss her background as a “non-psychic” skeptical attorney who spent over a decade training to become “psychic.” Her mentors were psychic detective Nancy Orlen Weber and remote viewer Ingo Swann. She is now a practicing psychic detective, spiritual medium, medical intuitive, energy healer and paranormal investigator. She therefore has some unique insights into the training process. In challenging the notion of a “Sixth Sense,” the presenter will discuss some background of the five senses and will propose the existence of potentially hundreds of “senses” under the current definition. Relying upon neuroscientific studies, psychology, linguistics and her own personal experiences, she will also explain “women’s intuition” using her theory of psychic sensing, and additionally, propose her theory of the psychic senses – how they differ from the regular five senses and how they differ from hallucinations. Her theory of the senses explains why and how psychic ability is, as remote viewers generally acknowledge, a trainable skill.

Psychic Intuition: Everything You Ever Wanted to Ask But Were Afraid to Know
$18.95
Buy from Amazon.com