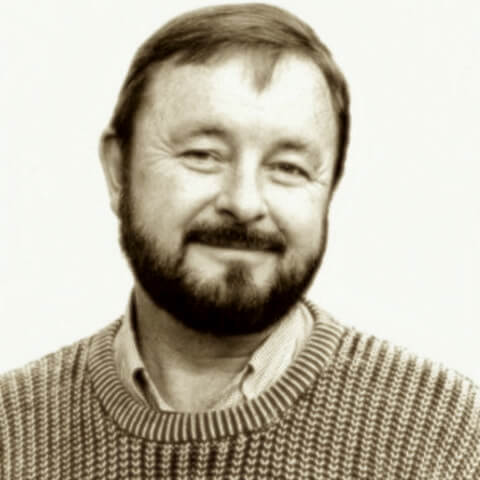 From the “Encyclopedia of Occultism & Parapsychology” * 4th Ed.

Prominent American psychic research subject, parapsychologist, and author. Born September 14, 1933, at Telluride, Colorado, he studied at Westminster College, Salt Lake City, Utah, receiving a double bachelor’s degree in biology and art. He enlisted in the U.S. Army and served three years in Korea, after which he worked for twelve years at the United Nations Secretariat while pursuing an independent art career.

Swann’s active participation in parapsychology research began in 1969 when he was 36 years old. During the next twenty years he worked only in controlled laboratory settings with scientific researchers. Although he lectured widely on the importance of psychic faculties and potentials, he has never publicly demonstrated his abilities. Because of his participation in hundreds of thousands of experimental trials, author Martin Ebon wrote of him as “parapsychology’s most tested guinea pig,” and Psychic News and other media often refer to him as “the scientific psychic.”

During the 1950s and 1960s, because of psychic potentials partly evident in childhood, he became actively interested in occult and parapsychological literature and in a variety of novel mind-development programs which took positive approaches to the enhancement of ESP potentials.

Swann early distinguished between psychic phenomenon and psychic mind-dynamic processes. He especially noticed that while parapsychology researched the existence of paranormal phenomena (such as ESP, telepathy, and psychokinesis), there was little interest in the mental processes involved in producing evidence of them. From this distinction he slowly developed unique theoretical approaches to process enhancement of psi perceptions, which was in keeping with ancient descriptions of Siddhis as found in various Eastern Yoga literature and Abraham Maslow’s developmental abilitism theories.

In 1970-71 Swann experimented with Cleve Backster in attempting to influence plants by mental activity. In 1971-72 psychokinetic experiments involved successfully influencing temperature recorded in a controlled setting devised by parapsychologists Gertrude Schmeidler and Larry Lewis at City College, New York. this involved PK effects upon target thermistors (temperature measuring devices) in insulated thermos bottles at a distance of 25 feet from Swann. (For a report, see G.R. Schmeidler, “PK Effects Upon Continuously Recorded Temperature,” Journal of the American Society for Psychical Research, no. 4, Oct. 1973).

Swann was also the subject of experiments in out-of-body travel, or psychic perception at a distance. These took place during 1971-73 at the American Society for Psychical Research. They involved Swann sitting in a chair and attempting to project his consciousness into sealed boxes on a small platform several feet above his head, in which there was a target symbol completely shielded from view. Swann was monitored by electrodes that would have recorded any movement from the chair.

Under these difficult laboratory conditions, Swann nevertheless scored significant successes in describing the targets. In one test he was actually able to state correctly that a light that should have illuminated the target was inoperative. There was no normal way of ascertaining this fact without opening the box.

In 1972-73, at the American Society for Psychical Research, Swann began suggesting experimental protocols to test for the existence of mind-dynamic processes that would enhance ESP and Dr. Gertrude Schmeidler, he coined the term “remote viewing” to describe the experiments in which subjects attempted to view targets at a far distance. His original remote-viewing protocols were later utilized and expanded upon in collaboration with the researchers Dr. H.E. Puthoff and Russell Targ. Other laboratories ultimately repeated various kinds of remote-viewing experiments.

Swann’s successes on the East Coast attracted the attention of the quantum physicist Harold E. Puthoff, at the Standford Research Institute, in Menlo Park, California (later renamed SRI International). From late 1973 until 1989 Swann worked principally at SRI’s “psychoenergetics project” established by Puthoff to examine important psi faculties (rather than psychic phenomena per se).

One of the first most remarkable experiments involved a successful attempt to influence the stable magnetic field of a super-cooled Josephson junction inside a quark detector (a complex apparatus designed to detect subatomic particles). The apparatus was completely inaccessible, being encased in aluminum and copper containers and buried in five feet of concrete. When Swann mentally visualized the hidden target, significant variations were recorded in sine waves. This PK effect was reported at a conference on quantum physics and parapsychology.

On April 27, 1973, in another extraordinary experiment, Swann “visited” the planet Jupiter in a joint “psychic probe” shared by fellow psychic Harold Sherman. Swann’s drawings made during the experiment showed a ‘ring’ of tiny asteroids around the planet which scientists at the time said did not exist. The existence of the ring was later scientifically confirmed in 1979.

From the first experiments, Swann was increasingly considered a very unique test subject because, at the command of the experimenters, he could reproduce and sustain the desired effects over time at a significant rate of success. Throughout the history of parapsychology, other test subjects had been temporarily or spontaneously successful. But these subjects typically suffered from the well-known “decline effect” or “psi-missing effect” which statistically erased the successes, and thus permitted skeptics to believe that the successes were due to some outside factor other than claimed human psi abilities.

Most books and articles written after 1973 about parapsychology and psychic matters refer to Swann’s work in some way. Many analysts of science and parapsychology generally concede that his work and the high levels of official sponsorship it obtained gradually influenced positive reevaluations of the validity of psi in human experiencing.

After nineteen years on the cutting edge of psi developments, the “longest run” of any subject on record, Swann retired from full-time research to undertake independent research into the problems and states of consciousness. In final interviews regarding the dimensions of his past work, he stated that the long-term stresses of laboratory work and the constant need to defend the validity of psi faculties and exceptional experiencing had taken their toll. He occasionally accepts invitations to lecture but refuses to talk to the media. In a paper read at the United Nations in March 1994 (entitled “Scientists find the basis for seventeen-plus human senses and perceptions”), he stated that psi faculties and exceptional experiencing are not purely scientific issues. Their discovery and development involve larger social, philosophical, political, and religious problems not amenable to objective research and rational appreciation.

Penetration: The Question of Extraterrestrial and Human Telepathy
$16.99
Buy from Amazon.com

Everybody's Guide to Natural ESP: Unlocking the Extrasensory Power of Your Mind
$15.99
Buy from Amazon.com

The Wisdom Category: Shedding Light on a Lost Light
$16.99
Buy from Amazon.com

Reality Boxes: And Other Black Holes in Human Consciousness
$16.99
Buy from Amazon.com

Secrets of Power, Volume II: The Vitalizing of Individual Powers
$13.59
Buy from Amazon.com

The Great Apparitions of Mary: An Examination of Twenty-Two Supranormal Appearances
$16.99
Buy from Amazon.com

Your Nostradamus Factor: Accessing Your Innate Ability to See into the Future
$16.99
Buy from Amazon.com