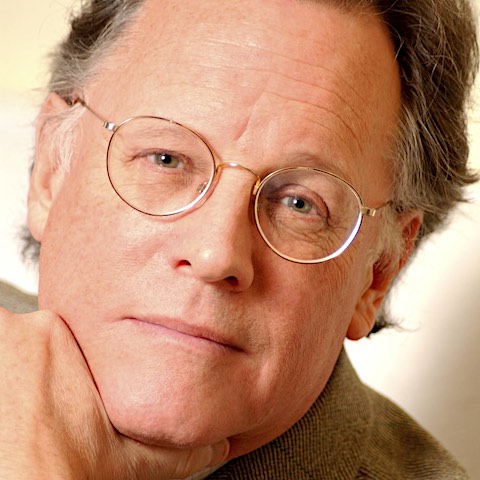 Stephan A. Schwartz, is a founding member, past president, and currently serves on the board of directors of the International Remote Viewing Association. He is a Research Associate of the Cognitive Sciences Laboratory of the Laboratories for Fundamental Research, and previously founder and Research Director of the Mobius laboratory, and Director of Research of the Rhine Research Center. Schwartz is part of the small group that founded modern Remote Viewing research, and the principal researcher studying the use of Remote Viewing in archaeology. In addition to over 40 peer-reviewed technical papers and reports he has written four books on the subject: The Secret Vaults of Time, The Alexandria Project, Mind Rover. His submarine experiment, Deep Quest, using Remote Viewing helped determine that nonlocal perception is not an electromagnetic phenomenon. He also conceived the original research that developed Associated/Associational Remote Viewing (ARV). Other areas of interest include research into creativity and Therapeutic Intent, including a continuation of the analysis of water exposed to therapeutic intent using spectroscopy that was begun by Grad and Dean. His latest book is Opening To The Infinite. He is the columnist for the journal Explore.

The International Remote Viewing Association was founded in March, 1999 by a group of some of the most influential figures from both the scientific and applications sides of the field. This panel discussion will be led by several of those early founders, discussing a range of topics – from the past, present, and future of remote viewing, to questions raised by our conference attendees. Truly a highlight of the 2020 conference!

The original Remote Viewing protocols were essentially designed for proof of principle: Was it possible to obtain objectively verifiable data that could not be explained through normal sensory channels? The outcome was a statistic demonstrating variance from chance. In contrast the Mobius Consensus Protocol (MCP) sought to answer this question, but only as a first stage of analysis. The MCP was designed for practical applications work, which required a far more discerning analysis than a single statistic. The MCP is predicated on the assumption that a remote viewing project begins as an intention contract that creates a kind of bio-circuit, in which every participant has a role to play, as part of a mega-mind, with the collective purpose of solving a practical problem. This presentation will take you through the MCP step-by-step, with each point illustrated by actual research data.

IRVA 2010 – Panel Member: The Remote Viewing Training Controversy: Does it work? Is it necessary? Is there evidence?

Some members of the remote viewing community are surprised when they learn that IRVA’s directors and officers often have widely differing opinions about remote viewing and its practice. Of course, there is no reason why IRVA’s leadership should be any more uniform in its beliefs than are the leaders of other organizations of comparable size and interest. Indeed, much can be learned from differences of opinion, and it is often healthy to air these in a setting from which all may benefit. One such controversy is whether formal remote viewing training (as offered, for example, by Lyn Buchanan and Paul H. Smith of IRVA’s board) is really of any value or use. On the other side of the issue are two other IRVA board members, Stephan Schwartz and Russell Targ who both have argued that one can learn all one needs to know to do remote viewing in fifteen minutes. They question the value of long term training programs as offered by Smith, Buchanan, and others. Recently, both Targ and Schwartz have added to their argument. In his 2009 Remote Viewing Conference presentation Russell Targ took purveyors of remote viewing training to task for presenting what he sees as an overly complex methodology for which no evidence for success has been offered. Stephan Schwartz has expressed a similar complaint in various online postings. Together they suggest that a traditional double-blind judging approach should be used to either support or reject the claims by remote viewing instructors as to the success of their training approach. For this panel, both sides will come together to express and discuss their views, with audience participation encouraged for the final segment.

Hella Hammid was a brilliant and cultivated woman, and a distinguished photographer for LIFE magazine and many other US and international publications. She was born in Frankfurt, Germany in 1921, and lived most of her adult life in New York and Los Angeles. I met Hella in 1961, when she was actively involved in photographing children on the Upper West Side in New York City. In 1974 Hal Puthoff and I were then two years into our remote viewing program at SRI, and our sponsors from the CIA wanted us to find an inexperienced “control” subject to supplement Pat Price and Ingo Swann who were life-long practitioners of remote viewing. Hella, who had just moved to Los Angeles thought it would be very entertaining to be part of a government sponsored ESP program, and she promised us that she had no previous experience in that area. In her ten years with the program, she became our most reliable viewer. For example she did a perfect four-out-of-four series of precognitive remote viewings, with ten possible targets. This was included in our IEEE paper in 1976. She also took part in a now famous under-sea experiment with Stephan Schwartz, in which we were able to send coded messages into her submarine under 500 feet of water, five hundred miles away. She also took part in several of Stephan’s psychic archeology experiments in Egypt. Hella Died in 1992 in Los Angeles. She is much loved and greatly missed by all who knew her.

An explanation of the relationship of non-local awareness with spiritual practice, creativity, and the modern mental martial art known as Remote Viewing, and what this tells us about our nature as human beings. Clear, concise, explanations about what science has to say about nonlocal awareness, and how one opens to it using scientifically validated protocols. The importance of meditation in opening to nonlocal consciousness, as well as a technique for Western minds. How to put these abilities to practical use in fields as diverse as business, medicine, and crime solving.

In this landmark presentation on his theme of the nonlocal mind, Stephan Schwartz introduces us to the vital ingredients for remote viewing success. In his usual comfortable, easily-understood, yet inspiring style, he first walks us through the first-ever scientific remote viewing experiment, which was preserved for us by the ancient Greek historian Herodotus. Mr. Schwartz then goes on to explain the value of a meditative mind-set (what technique of meditation one uses doesn’t seem to matter, he tells us). He warns against obsession with ‘rituals’ in getting around to remote viewing, then focuses on the ‘numinosity’ (a term he borrows from Carl Jung) of the intended target’s nature. Understanding this is crucial to success, he believes. Further topics include local sidereal time, geomagnetism, entropy, coherence, and the roles they all play, along with numinosity, in choosing good targets for remote viewing, to which he adds immensely helpful guidelines for developing target pools. As a bonus, Mr. Schwartz includes an interesting speculation on how humans lost much of their ESP and telepathic abilities as urban society evolved. Remarkably, this ties into the so-called “first time effect,” where a novice viewer often has striking success the first time he or she tries remote viewing, but finds the success rate dropping off, until further practice develops the discipline necessary for sustainable quality. And it is this developed discipline which makes the difference between a naive and an experienced remote viewer.

Stephan Schwartz will describe in detail the Mobius Protocol that he has utilized for over 30 years to discover archaeological sites on land and at sea. During his presentation Schwartz will explain how Mobius viewing sessions were structured and conducted, how data was analysed to extract the high quality viewings needed for success, the Four Team Concept, and the Consensus Strategy. This unique body of work has consistently delivered success, when other approaches have failed. To show how this application is practiced, actual case studies from archaeological remote viewing will be used as instructive illustrations. He will also report on a successful precognitive remote viewing on Saddam Hussein’s location at the time of his capture.

IRVA 2002 – Through Time and Space: The History and Science of Remote Viewing

The body of Remote Viewing research is perhaps the most important corpus of work ever carried out by parapsychology because studying Remote Viewing has effectively settled the issue of whether these abilities are real. In demonstrating this is so, it is also telling us something about the nature of human consciousness and how it works. Through Time and Space explains what we know about Remote Viewing in science, and honors the history of how we got to this point.

IRVA 2001 – Remote Viewing in Egypt: The Alexandria Project,Cleopatra, Alexander the Great, and the Lighthouse of Pharos A 22 Year Case Study in applied remote viewing

The Alexandria Project is the true story of how researchers from five universities and organizations put the claims of Remote Viewing to the ultimate test: Was it is possible under rigorously controlled conditions for some part of human consciousness to direct researchers to lost chapters and places in history? Were the sites where the Remote Viewers marked them on their maps? Were the artifacts they described at those sites actually there? A second test was also carried out: comparing the relative accuracy of information derived from traditional remote sensing, in this case side-scan sonar, and proton precession magnetometer, with information provided by Remote Viewing. In both instances RV produced accurate “hits” where electronic sensing failed. Exactly how these results were achieved will be described, as the full protocol is explained. This Remote Viewing research resulted in the discovery of the palace of Cleopatra, the Tomonium of Marc Antony, ruins of the Lighthouse of Pharos, one of the Seven Wonders of the Ancient world, a buried building where the ancient city of Marea once stood, and an underground cistern. Some of this work was criticized by skeptics. Then, in the Fall of 1995, sixteen years later, a combined French-Egyptian archaeological team working in the Eastern Harbor of Alexandria, Egypt announced they had discovered the same sites. It is now possible to look back on both the skeptics and the research they criticized and make a determination as to who was correct. In both the generalities and specifics the second expedition has confirmed the claims of the first. Two Remote Viewing predictions remain as time capsules yet to be opened: the location of the tomb of Alexandria the Great, and the location of his bones.

Awakening: A Novel of Aliens and Consciousness
$11.31
Buy from Amazon.com

The Secret Vaults of Time: Psychic Archaeology and the Quest for Man's Beginnings
$15.47
Buy from Amazon.com

The 8 Laws of Change: How to Be an Agent of Personal and Social Transformation
$16.95
Buy from Amazon.com

Opening to the Infinite
$9.99
Buy from Amazon.com

The Vision: A Novel of Time and Consciousness (Michael Gillespie Mysteries)
$13.75
Buy from Amazon.com

The Amish Girl: A Novel of Death and Consciousness (The Michael Gillespie Mysteries)
$6.68
Buy from Amazon.com

The Alexandria Project
$12.95
Buy from Amazon.com