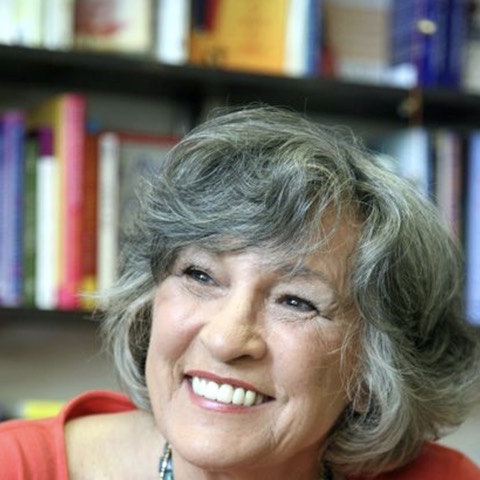 In 1981, when Psychic Investigator Noreen Renier first lectured at the FBI Academy in Quantico, Virginia, her work with police detectives was considered controversial. Now, she is a well-known psychic detective who has worked on over 400 unsolved cases with city, county, and state Law Enforcement Agencies in 38 states and 6 foreign countries. She has a unique understanding of both the police and the paranormal. Noreen has been featured on the Larry King Show, Psychic Detectives Court TV (2003, 2004, 2005), Good Morning America, A&E Beyond Chance, and A&E Unexplained. Her latest book, A Mind for Murder is available from Penguin Books.

If you think you’re not a remote viewer or if you consider yourself a novice and doubtful about your capabilities, think again. It’s the mission of us all, whether each of us realizes it or not, to use both of our cerebral hemispheres. This conference could well be about the battle for the minds of humans in our imperiled world. Our minds can and will rise to the modern-day opportunities and challenges that have brought remote viewing and the need for its further development kicking and screaming into the public domain.

I can speak from experiences as a psychic detective – and more than 40 years of experience using my intuitive mind, – but now a new generation, you, can further remote viewing. Can we gather intelligence, find missing persons, and discover new ways to use our mind through remote viewing? I say so. In my years of experience I have touched those plateaus on occasions and say, yes. In my presentation we can and must enter a new era – and shake off the rejections, the doubts and criticisms of skeptics and naysayers.

Like many others, I believe the right hemisphere was the dominant hemisphere of the brain when humankind’s evolution began. Primitive people relied on their intuitive nature to move about in strange and hostile environments to sustain life. Intuition was necessary for survival. As consciousness developed and the left hemisphere became stronger, humankind developed a new mentality. Our right hemisphere became weaker, or dormant, and as the left hemisphere grew in strength and usage, we embraced what we now consider normal consciousness. We have been trained unknowingly from an early age to accept ‘normal’ as our logical, rational, thinking mind.

Life is balance: the rational mind and the intuitive mind equally trained is a powerful tool.

Legendary forensic psychic Noreen Renier details the events that led her from being a hotel publicist to solving murders for the police using ESP. In a warm and humorous style, Ms. Renier tells us how, with the help of a skeptic and an ex-nun, she awakened her psychic self to possibilities she had never dreamed of. There is no fluff here. In a very down-to-earth, no-nonsense-ma’am way she tells us of a number of cases in which she played a role, from her first case involving a serial rapist to solving the murder of a prized race horse! She recounts how she came to lecture at the FBI academy on the Marine base at Quantico, Virginia, and to work for police departments all over the country. Of particular interest, she explains how she does her work, and complains about the typical lack of feedback – police use her work, then go on to other things, often forgetting to tell her the outcome; she often has to read about it in the papers (she consoles herself with counsel from a medical doctor friend: he told her that he never gets feedback from patients, either – unless what he proscribed didn’t work). And, perhaps most useful of all, she presents her self-imposed rules for working as a police psychic: Number one is let them come to you: “never solicit” cases, she warns, or you’ll be seen as one of the other thousands of wanna-bes who flood the police and the FBI with usually bogus “tips’ that generally lead nowhere.

A Mind for Murder: The Real-Life Files of a Psychic Investigator
$18.95
Buy from Amazon.com

The Practical Psychic: A No-Nonsense Guide to Developing Your Natural Abilities
$91.63
Buy from Amazon.com