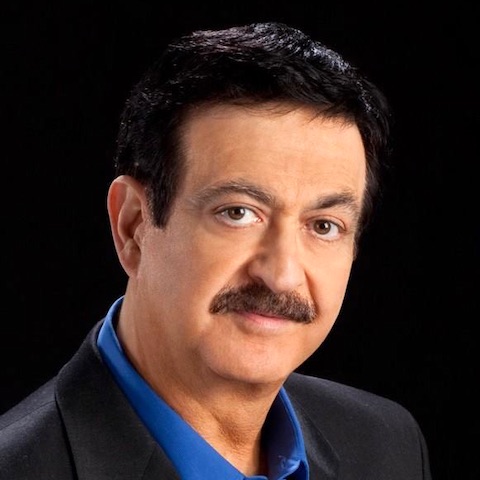 George Noory, host of the nationally syndicated program, Coast to Coast AM, says if he weren’t a national radio talk show host he’d be in politics. Heard by millions of listeners, Coast To Coast AM airs on approximately 500 stations in the U.S., Canada, Mexico and Guam.

While hosting The Nighthawk, a wildly successful, late-night program on KTRS in St. Louis, Noory was recruited by Premiere Radio Networks to guest host on Coast to Coast AM with Art Bell. He became the permanent host of the phenomenally successful over-night program on January 1, 2003, following Bell’s retirement. Since then, Noory’s audience has continued to grow.

Noory captivates program listeners with his discussions of paranormal phenomena, time travel, alien abductions, conspiracies and all things curious and unexplained. He is driven, he has said, by the desire to solve the great mysteries of our time. From his first days as a radio broadcaster he says, “I’ve wanted to cover stories that the mainstream media never touch–the unusual, the paranormal and things like that. I learned that broadcast was the best business for exploring these issues, and I’ve been doing it for 33 years.”

He dates his interest in these matters to a book by Walter Sullivan, We Are Not Alone, that his mother gave him when he was 13. He was hooked.

Prior to his late-night show on KTRS, Noory had an extensive broadcast career. He started in radio at WCAR-AM in Detroit where his first-ever interview was with nuclear physicist and UFO expert Stanton Friedman. From 1974-1978, he served as news producer and executive news producer at WJBK-TV. At age 28, he became the youngest major market news director in the country at KMSP-TV in Minneapolis.

Noory was also the director of news planning and development at KSTP-TV in Minneapolis, was news director at KSDK-TV in St. Louis and the recipient of three Emmy Awards while a news executive.

He was born, raised and educated in Detroit. He has three children and three grandchildren. He served nine years in the U.S. Naval Reserve.

Coast to Coast AM is the most listened to overnight radio program in the country and is broadcast live, Monday-Sunday from 1-5 a.m. ET.

George Noory, host of the nationally syndicated program Coast-to-Coast AM will moderate the IRVA Conference 2014 Panel Discussion: FATE vs. FREEWILL
(Video not available.)

George discusses his experiences at Coast to Coast AM, followed by questions and answers, and a meet and greet.
(Video not available.) 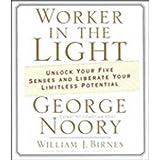 Worker in the Light: Unlock Your Five Senses and Liberate Your Limitless Potential
$14.95
Buy from Amazon.com

Mad as Hell: America's #1 All-Night Radio Host Takes on the Dangerous World We Live In
$25.99
Buy from Amazon.com

Someone Is Hiding Something: What Happened to Malaysia Airlines Flight 370?
$16.99
Buy from Amazon.com

Journey to the Light: Find your Spiritual Self and Enter into a World of Infinite Opportunity True Stories from those who made the Journey
$11.99
Buy from Amazon.com