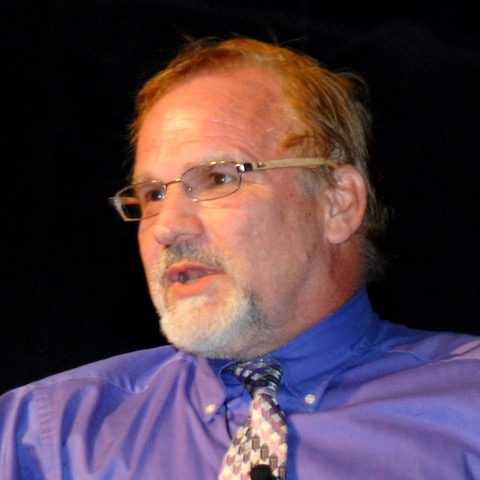 Melvin L Morse MD graduated with academic honors from George Washington University School of Medicine. He interned in Pediatrics at the University of California at San Francisco, and then completed a residency in Pediatrics at Seattle Children’s Hospital. He has a two year fellowship in Hematology/Oncology studying brain tumors and leukemia, also at Seattle Children’s Hospital He has a one year fellowship in Behavioral Pediatrics. His near death research was the result of his winning a National Service Research Award.

Over the past three years, I have been approached by attorneys, private investigators, and psychics specializing in “cold cases” and asked to interpret Controlled Remote Viewing viewings of efforts to local missing children, solve crimes, and locate lost objects. I will discuss 1) the often complete lack of understanding of what information can be best obtained from CRV viewings as opposed to spontaneous or natural remote viewing readings. 2) helpful ways for CRV trained viewers to present their information to non-remote viewers attempting to solve crimes.

I have primarily been consulted by Seattle based Private Investigator Shellee Hale (Camandago Investigations) and Eddie McEntee, a former NYC Vice Cop now private investigator, and Kevin Gallagher, an attorney involved in the search for the child.

I will present a specific case of a missing child who was located by a CRV done by myself and Pauline Morse, in conjunction with intelligence gathered by an attorney and a private investigator. The child was kidnapped by a religious cult. The FBI raided the cult home and resolved the case. Our viewing was similar to a previous viewing done by Lyn Buchanan.

Lyn Buchanan’s viewing was ignored because it contained primarily sensory information which was not given proper importance. Instead two years were wasted on investigating specific AOLs which were not properly identified. The investigators did not understand the concept of merging their already known ordinary intelligence with the primarily sensory information of CRV.

The breakthrough in the case came when I explained to the lead attorney the neuroscience of remote viewing. After he understood that we create this reality from a small percentage of the billions of bits of information we receive, he understood that CRV cannot give a result such as “the child is being held in Mexico, I sense it, it is somewhere near the Mexican-American border” In sad retrospect, they already had the ordinary intelligence as to where the child was, as there were three possible locations. Lyn’s report alone clearly distinguished the actual target.

However, to a private investigator, a report stating specifics of where the child is actually being held, complete with information about the child’s state of mind, and the persons associated with the child was far more compelling to them than an endless stream of sensory information.

Disclaimer: Pauline Morse and I are beginning remote viewers. We do not teach CRV nor are we qualified to be teachers of CRV. My research is focused on teaching the protocol of CRV within the context of a neuro-scientific understanding of how our brain interprets information.

IRVA 2011 – Wisdom in the Making: Therapeutic Applications of Nonlocal Viewing for Counseling

We have developed a new approach to creating life changes, we call Wisdom in the Making. It involves a blending of validated therapeutic techniques such as EMDR, hemispheric integration, and somatic experiencing, with remote viewing. This is particularly powerful in the treatment of PTSD. During the therapy “virtual” persons can be engaged, such as, healthy adult parts of the person, fallen comrades of a soldier in war, dead family members, abusers and spirit helpers to assist in the healing process. This often catalyzes a profound healing response where clients report a sense of deeper healing, even a Spiritual experience, while new material comes forward of forgiveness, compassion and love for the “self” and “others.”

IRVA 2009 – Is the Aperture the Near-Death Tunnel?

This presentation is about the protocol of Controlled Remote Viewing, not the ability to view a remote target which is the most important aspect of remote viewing for the general public. Dr. Morse defines CRV as a system of sorting and organizing mental events associated with processing information from a remote target. The goal of CRV is to have a systematic and scientific means of identifying what is information from ‘the matrix’ via a ‘signal line’, and what is analytic mental noise which can obscure the signal. It is his contention that the neurobiology of remote viewing supports the concept that sensory information from ‘the matrix’ is input into the already existing neurobiological system which creates our mental image of reality.

Dr. Morse has one of the most extensive videotaped files of children describing their NDEs, as well as drawings of their experiences in the world today. After taking the Basic CRV course from Paul Smith, he reviewed his files and drawings. He will present evidence documenting the similarities between the stages of CRV and the process of the NDE as described by children. Specifically, children describe and draw an orderly process of moving down the tunnel and into ‘the light’ which is precisely the process described by the stages of CRV. At the stage of Aesthetic Impact, children universally describe feelings of overwhelming love. He has found it interesting that love is not considered a proper descriptor for the aesthetic impact of seeing a remote target. Perhaps this finding suggests that the tunnel experience of children has a different ‘target’ and even a different ‘signal line’ than the one seen in CRV.

Dr. Morse has numerous videotaped examples of children, who after entering into the ‘light draw and/or describe it in terms of primary sensory images which later evolve into more concrete drawings. The same finding that analytic overlay often involves static images and true information from the signal line often involves motion is seen in the children’s descriptions of their experiences. Both CRV and NDEs have been postulated to have virtually identical neurobiological mechanisms. Of course, with CRV, the viewer is fully conscious whereas with the NDE, the ‘viewer’ has a dysfunctional or nonfunctional brain. Nevertheless, the same neurobiological pathways outlined by recent PET and MRI studies of brain function support the concept that first areas in the brain involved in ordinary sensory perception must stop functioning followed by an increase in frontal and subsequent right brain and right temporal lobe function seem to apply to both NDEs and CRV. Recent advances in neuroscience involving a revolution in understanding brain function completely support the concept that both CRV and NDEs have similar neurobiological pathways. Fenwick and others have proposed the concept of super neural networks which could provide a biological interface with a theoretical quantum non-locality as well as support localized brain functions permitting non ordinary perceptions such as CRV.

Furthermore, it is his contention that the protocol of CRV demonstrates that we are accessing information from ‘the matrix’ at all times, and this is the source of what we call ‘gut feelings or intuition. His 20 year study of law enforcement personnel documents that intuitions and out of body experiences can frequently result in life saving information for the officer or agents who have them.

The final part of the presentation involves case histories of how he has adapted the CRV protocol to analyzing the spontaneous spiritual experiences of individuals and how to apply the protocol to training the mind in creativity and intuition.

IRVA 2004 – Near Death Experiences and Remote Viewing:Evidence That Our Minds Are Biologically Linked to the Universe

I am a Pediatrician who has studied the near death experiences of children for 20 years. I will present scientific evidence strongly suggesting that these experiences are “real” in the sense that they are as real as any other human perception. All human perceptions involve sensory organs receiving and processing energetic patterns of information resulting in the brain creating “reality”. I will present a scientific analysis of near death experiences suggesting that they are the result of our right temporal lobes receiving and processing energetic information from “non-local” reality and as such are no different from any other human experience.

I will present a new hypothesis of brain function which involves an exchange of energetic information with the universe. This new theory explains previously ignored or dismissed human experiences such as remote viewing, past life memories, after death communications, premonitions of future events, and a wide variety of other so-called paranormal experiences. Most of these experiences have solid anecdotal and/or scientific evidence supporting their existence, but they are dismissed or trivialized because they do not fit the current scientific paradigm. At the very least, an understanding of remote viewing can explain one of the great mysteries of the near death experience, which is how a comatose patient who cannot receive ordinary sensory input can accurately describe their own resuscitation and report visual experiences during the time they are nearly dead.

Where God Lives: The Science of the Paranormal and How Our Brains are Linked to the Universe
$11.99
Buy from Amazon.com

Imagine Heaven: Near-Death Experiences, God's Promises, and the Exhilarating Future That Awaits You
$11.50
Buy from Amazon.com

The New Children and Near-Death Experiences
$10.99
Buy from Amazon.com