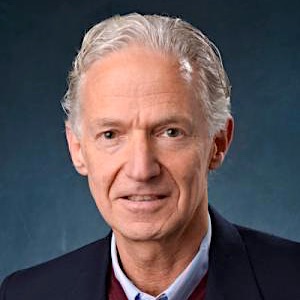 Garret Moddel, Ph.D., is a professor of Electrical, Computer, and Energy Engineering at the University of Colorado. Along with developing new energy conversion technologies, his research group investigates psi phenomena. Currently he is serving as SSE Vice President, and was the organizations previous president, and prior to that, president & CEO of Phiar Corporation, a high-tech start-up company. Garret earned a BSEE degree from Stanford and MS and PhD degrees in Applied Physics from Harvard.

IRVA 2018 – An Introduction to Psibotics

Consider a machine designed to carry out specific actions automatically – a robot – that is controlled by our intentions. Imagine it being able to carry out functions at speeds, time and size scales, distances, and levels of complexity that would be impossible for unaided humans to carry out. Such systems have already been demonstrated, but only the tip of the iceberg has been exposed. Much more is possible, which will stretch the imagination.

With the application of intention, psychokinesis, one of the components of psi, has been shown to influence random systems in a wide range of experiments. In common examples, this intention has been used to produce a particular outcome. Examples include influencing the result of a coin flip, the tossing of dice, and the output of an electronic random number generator (RNG). These systems, however, are not robots.

Basic psibots, which I define as robots driven by psi-mediated intention, have been demonstrated as well. These include

- an RNG-driven motorized device with direction of motion influenced by the intention of operators;1

- a system in which one RNG predicts the random switching of another RNG about one second in advance;2

- a color-changing lamp that responds to intention;3

Less obvious examples have been demonstrated as well. These and future applications in entertainment, investments, and scientific exploration will be presented.