On January 31, 1971, Navy Captain Dr. Edgar Mitchell embarked on a journey into outer space that resulted in becoming the sixth man to walk on the moon. The Apollo 14 mission was NASA’s third manned lunar landing. This historic journey ended safely nine days later on February 9, 1971. It was an audacious time in the history of mankind. For Mitchell, however, the most extraordinary journey was yet to come.

As he hurtled earthward through the abyss between the two worlds, Mitchell became engulfed by a profound sensation “a sense of universal connectedness.” He intuitively sensed that his presence, that of his fellow astronauts, and that of the planet in the window were all part of a deliberate, universal process and that the glittering cosmos itself was in some way conscious. The experience was so overwhelming Mitchell knew his life would never be the same.

Dr. Mitchell has received many awards and honors including the Presidential Medal of Freedom, the USN Distinguished Medal and three NASA Group Achievement Awards. He was inducted to the Space Hall of Fame in 1979 and the Astronaut Hall of Fame in1998. He was a nominee for the Nobel Peace Prize in 2005.

After retiring from the Navy in 1972, Dr. Mitchell founded the Institute of Noetic Sciencesto sponsor research into the nature of consciousness as it relates to cosmology and causality. In 1984, he was a co-founder of the Association of Space Explorers, an international organization of those who have experienced space travel.

He is the author of “Psychic Exploration,” 1974, TheWay of the Explorer, 1996, as well as dozens of articles in both professional and popular periodicals. He has devoted the last 38 years to studying human consciousness and psychic and paranormal phenomena in the search for a common ground between science and spirit.

IRVA 2001 – The Quantum Hologram, What it is, Why it’s Important

Discovery of the quantum hologram, almost ten years ago, by physicist and MRI expert Walter Schempp has proved to be an exciting and powerful development for explaining a host of unexplained psychic events–including remote viewing and other subjective phenomena. Rooted in the well known quantum emission/absorption phenomenon, and experimentally validated now in several applications, the quantum hologram is a nonlocal, natural, information mechanism that is generated by and carries information about every macro-scale physical object, thus extending quantum theory to all macro-scale matter. For the first time, matters of mind are amenable to investigations within valid scientific theory rather than as curious anomalies.

(Video not available due to copyright restrictions)

The Way of the Explorer: An Apollo Astronaut's Journey Through the Material and Mystical Worlds, Revised Edition
$15.19
Buy from Amazon.com

We Are One: The Power of the Conscious Mind and Our Interconnection to All Things
$14.97
Buy from Amazon.com

Psychic Exploration: A Challenge for Science, Understanding the Nature and Power of Consciousness
$29.99
Buy from Amazon.com

Reflections of the Moon: Retrospections on Earth, Mankind, and War
$15.97
Buy from Amazon.com 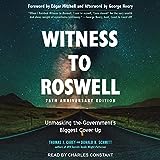 The Way of the Explorer, Revised Edition: An Apollo Astronaut's Journey Through the Material and Mystical Worlds
$9.99
Buy from Amazon.com 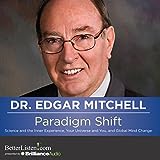 Paradigm Shift: Science and the Inner Experience, Your Universe and You, and Global Mind Change
$6.12
Buy from Amazon.com 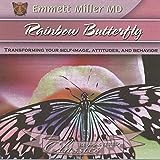 Earthrise: My Adventures as an Apollo 14 Astronaut
$19.29
Buy from Amazon.com 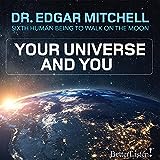 Your Universe and You: Paradigm Shift 101
$7.32
Buy from Amazon.com