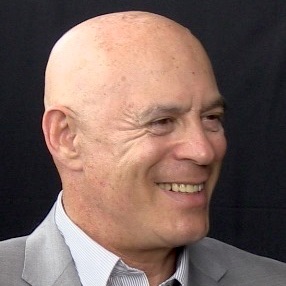 Jeffrey Mishlove, PhD currently serves as Dean of Transformational Psychology at The University of Philosophical Research. His newest book is called The PK Man: A True Story of Mind Over Matter. It is the story of a 20 year field investigation he conducted with a man who had extraordinary psychokinetic/precognitive abilities.

From 1988 to 2002, his weekly television program, Thinking Allowed, has been shown throughout North America, consisting of interviews with leading figures in psychology, philosophy, science, health and spirituality.

He is author of three previous books. The Roots of Consciousness: Psychic Exploration Through History, Science and Experience was originally published in 1975 by Random House. His second book, Psi Development Systems, based on his doctoral dissertation was released in 1983 as a Ballantine paperback. It is an evaluation of ancient and modern methods for training extrasensory abilities. His third book, Thinking Allowed, released by Council Oak Books, is a collection of thirty-two interviews from the television series.

The nature of consciousness is a hot-button topic today. Psychologists, neuroscientists, philosophers, and other professionals continue to engage in an ongoing debate as to what consciousness means. In reality, we may never know. Is it a product of the biological and classical physical interactions of the human brain; or is it something more fundamental, perhaps electromagnetic, or the result of quantum physics principles that we don’t yet fully understand. Could it be something even more profound than that — something beyond the scope of science and physics, any kind of physics, for us to understand?

IRVA 2001 – Remote-Viewing Training: Does It Work?

Can remote viewing abilities be learned? Is there any evidence that the many programs now available for training remote-viewing abilities are effective? This is a question that has been of interest to me since I wrote my doctoral dissertation, Psi Development Systems, in 1979.

On one hand, we have some notable individuals – such as Bevy Jaegers – who attest that their demonstrated remote-viewing abilities did not exist until they engaged in a conscious program of development. And, we now have a dozen or more small institutions offering training courses in remote viewing.

On the other hand, we have examples of individuals – such as Jeff Blanck (a former colleague of mine) – whose best remote viewing performances occurred on their very first attempt. This “beginner’s luck” effect is well-known folklore in parapsychology. Jeff Blanck, who performed at near 100% accuracy in his first remote viewing attempt, had no prior expectation of success. The “beginner’s luck” effect also correlates with the well-documented “decline effect.” I, myself, was first introduced to remote viewing in 1976 by Hal Puthoff and Russell Targ who, at the time, explained to me that there is really nothing to learn. Their philosophy then was simply, “Just do it!”

In my doctoral dissertation, I elucidated the theoretical reasons why it is virtually impossible to achieve experimental proof regarding the efficacy of any particular regimen of training – or even for the general concept that training is efficacious. There are many technical reasons for this having to do with confounding variables and intervening factors that make it difficult to isolate the single, process-oriented hypothesis regarding the training condition. This is true regarding the training of any conventional skill. However, in parapsychology, even if a very sophisticated, triple-blind study were designed, with all possible intervening factors randomized between groups – we still have no way to eliminate the notorious experimenter psi effect. Still, we must distinguish between “proof” and “evidence.” Lack of proof does not mean lack of evidence.

Nevertheless, there are other theoretical reasons, regarding the nature of psi itself and also human conscious, that provide grounds for being skeptical about the possibility of training remote viewing abilities. In general, my sense is that psi is already an innate human capacity – and we still know very little about how to systematically enhance or diminish it.

If I am correct, we should then ask: “What is it that these training programs do accomplish?” My sense is that they offer a language and concepts that enable individuals to begin to consider possibilities that were previously beyond normal consideration. They also offer techniques for relaxation, concentration, contemplation and visualization. And, they offer a social support system. These are all valuable elements in fostering a psi-conducive environment. But, we should be very careful not to confuse them with actual psi-training.

The PK Man: A True Story of Mind Over Matter
$14.56
Buy from Amazon.com

Thinking Allowed: Conversations on the Leading Edge of Knowledge and Discovery
$132.51
Buy from Amazon.com

The Roots of Consciousness: Psychic Liberation Through History, Science, and Experience (1st Edition)
$877.95
Buy from Amazon.com

The Alpha Interface: Empirical Research on the Financial Markets. Book One: Forty Trading Strategies Based on Scientific Findings About Analyst Forecasts
$9.99
Buy from Amazon.com