Elias Merhige, a native to Brooklyn, New York, received his bachelor of fine arts in motion picture directing from State University New York. A gifted student, he dove into film quickly with the feature Begotten. The fantasy film zeroed in on the heavens, with the death of God and birth of Mother Earth. Doing just about everything from directing and writing, to producing and editing, his hard work was rewarded when it was listed among the top ten films of 1991 by Time magazine.

In 2004 Merhige directed Suspect Zero, the first feature film to include remote viewing as an essential aspect of the story-line. The DVD’s extra features include interviews with people who worked with the US military and intelligence agencies as part of those programs.

Besides directing, Merhige has lectured on aesthetics at the Carnegie Mellon Museum and the American Film Institute in Washington, D.C.

IRVA 2006 – Remote Viewing: A filmmakers journey into the dramatic structure of the mind

Four-Part Featurette:What We See When We Close Our Eyes includes interview with Paul H. Smith.

Remote Viewing Demonstration: An unexpected reversal of roles for the movie’s director, Elias Merhige – he becomes the remote viewer. 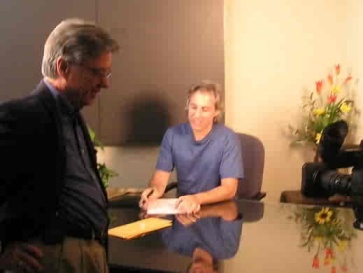 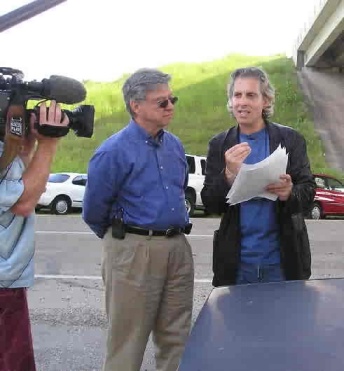 Elias Merhige compares his transcript to the actual target as documentary crew and experiment participants look on.