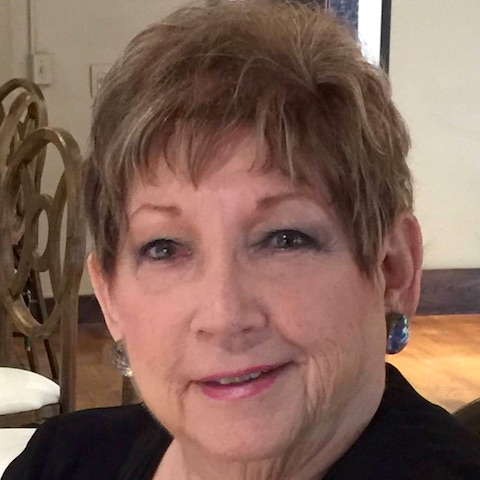 Carol Ann Liaros is a psychic with a major interest in the practical application of Psi skills. As a Senior Trainer at the Edgar Cayce School of Intuitive Sciences, author of Intuition Made Easy, founder and Director of Project: Blind Awareness, a program to teach blind people how to use their intuitive abilities to become more mobile and independent, she has been active in the field of super-normal abilities since 1965.

Her introduction to laboratory parapsychology began as she served as a subject for many ESP experiments with her results written in such books as Superlearning by Sheila Ostrander and Lynn Schroder, To Kiss Earth Good Bye by Ingo Swann, Executive ESP by Dean, Mihalasky, Ostrander and Schroder, Fire in the Soul by Joan Borysenko, Ph.D. and many others, also appearing in the film Inner Spaces narranted by Edgar Mitchell. In 1970 Carol Ann began teaching Introduction to ESP and Other Frontiers of the Mind with Douglas Dean, Ph.D at Rosary Hill College, Buffalo, New York.

The program for the blind began 1972 with blind adults which then led to a program for blind children and the appearance in April 1981 on the tv show That’s Incredible. Remote Viewing was accomplished by a 14-year-old blind girl from Rochester, New York to an address in California. The astonishing results of a 45 minute Remote Viewing session was condensed into a seven minute segment shown several times in the U.S. and Germany.

For over two decades Carol Ann has presented a series of intuition training courses for the Association of Research and Enlightenment.

Remote viewing, and related areas of Psi functioning, will gain greater public and scientific acceptance as these skills are applied to innovation and problem solving in the broader public sector. This presentation will describe an ongoing project, initiated in the 1970s, concerning teach Psi skills to the visually handicapped. Volunteers were recruited to serve as trainers. The methodology of training the trainers and the conduct of class sessions with the blind will be described and illustrated with slides. Cetain real life situations served as dramatic tests of the functionality of this training. In one instance, blind children learned to use Remote Viewing to locate their parents on another part of the campus. In another instance, a blind child used Remote Viewing to preview and describe a residence she would later visit. An extra-ordinary example of this task performance was recorded on live broadcast television, on the show, “That’s Incredible”. Showing the seven minute videotape of that broadcast will conclude the presentation.

Unlocking Your Intuition
$12.95
Buy from Amazon.com

Intuition Made Easy
$19.74
Buy from Amazon.com

Gifts Yet to Open: My lessons with renowned psychic Carol Ann Liaros
$3.99
Buy from Amazon.com