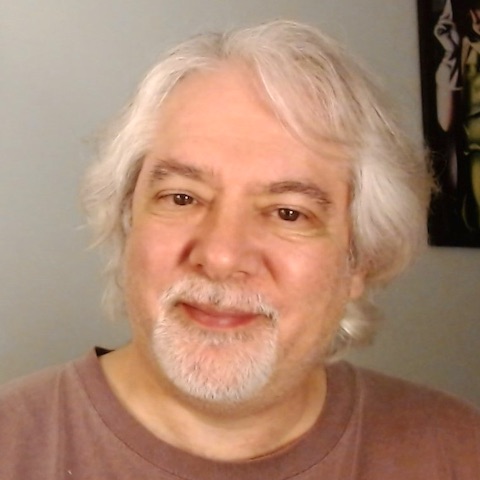 John G. Kruth is the Executive Director of the Rhine Research Center (www.rhine.org) and the Founder and Education Director of the Rhine Education Center (www.rhineedu.org). His 20+ years of professional technology experience and 8+ years as a professional researcher provide a unique insight into the integration of technology and parapsychological research. His research includes explorations into psychic healing, the energy behind psychokinesis, poltergeist activity and other unconscious effects on electronic devices, measurements of biophotons (ultraviolet light) from energy healers, applications of remote viewing for investments, and updating traditional psi testing methods to take advantage of 21st century technology and science. He has numerous publications and has spoken at professional conferences and other forums regarding scientific parapsychology, the history of the Rhine, the nature of energy healing, poltergeists, and other topics related to parapsychology and the paranormal.

IRVA 2018 – Associative Remote Viewing for Profit: Evaluating the Importance of the Judge and the Investment Instrument

An associative remote viewing (ARV) project was designed to predict investments and generate funds. Three viewers made weekly predictions on Sunday about an image they would be shown on Friday. Two images were selected to represent different states of a stock, and a judge reviewed the images and the viewers’ information. Based on the viewers’ impressions and a judge’s decision, an investor submitted funds predicting that the stock would rise or fall in value during the week. The investment results were affected by complications in the investing platform, and because of this, the investment lost just under 7.5%. Without the complications, the investment would have made about 2.5% profit over 12 weeks. More importantly, this study examined the importance of the judge and investment selection in the ARV process. A second judge and investment instrument were included, blinded to all study participants. The second judge (J2) performed at a significantly less accurate level from the first judge (p&ltr;0.05), and J2 also performed significantly lower than could be expected by chance (p=0.02; effect size=-1.498; power&gtr;.80). Both judges performed significantly differently on the target investment than on a control investment. Although this is a pilot study with a small sample size and a limited number of sessions, conclusions are that the selection of a judge, even a very experienced judge, can have a significant effect on the success of an ARV project and that judges’ decisions are more affected by the target investments than by a comparable control investment. Future ARV projects are advised to qualify judges for accuracy just as they qualify viewers for accuracy.

Many people believe that research into Remote Viewing began in the 1970’s when Hal Puthoff and Russell Targ met with Ingo Swann to explore a form of anomalous communication that Ingo called Remote Viewing. This was the beginning of a significant initiative to study RV, and it led to a formal study of this phenomenon at the Stanford Research Institute (SRI), and eventually to a study that was recognized and funded by the U.S. government in the program that was eventually known as STARGATE. What many practitioners of RV might not know is that this research at SRI and the work done by Ingo Swann may never have occurred if it were not for a substantial body of research that preceded the SRI studies.

The formal study and investigation of phenomena like RV originated in a small North Carolina university in 1935. It was at this time that J.B. Rhine founded the Duke Parapsychology Labs and began controlled and formal academic studies into the phenomena that we now call Psi. J.B. Rhine’s early successes and his impeccable reputation provided a foundation for future researchers to build on and provided a legitimacy that enabled researchers like Hal Puthoff and Russell Targ to explore these fringe phenomena. The popularity of the Rhine labs also provided a forum for people like Alex Tanous, Sean Harribance, Keith “Blue” Harary and others to demonstrate their talents and provide scientific legitimacy for their abilities.

John will introduce the history of the Rhine Research Center to the IRVA community and provide the significant contributions of the Rhine scientists to the field of Parapsychology and the importance of this work to historical remote viewers and current researchers. John will also talk about current work that is being done at the Rhine including the research, outreach and RV education that is being provided through Rhine programs, workshops and events.