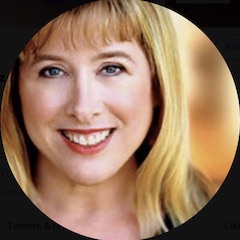 Debra Lynne Katz, has a Ph.D. in Psychology and holds a Master’s Degree in Social Work. She is the founder and Director of the International School of Clairvoyance.  She is the author of the landmark books: The Complete Clairvoyant; A Trilogy; You Are Psychic: The Art of Clairvoyant Reading and Healing; Extraordinary Psychic: Proven Techniques to Master Your Natural Abilities; Freeing the Genie Within, and Associative Remote Viewing: The Art & Science of Predicting Outcomes for Sports, Financials, Elections and the Lottery. Debra is an accomplished remote viewer, clairvoyant, medium, energy healer and parapsychological researcher. She is the incoming President of the International Remote Viewing Association. She’s a former Federal Probation Officer and TV show host. She believes that everyone holds intuitive potential and is dedicated to helping people discover this to levels they never imagined were possible.

IRVA Board Directors Dale Graff & Debra Katz explain the framework for a new initiative that will promote & support research.

In this practical and intellectually stimulating workshop, a number of remote viewing approaches will be explored through fun yet informative guided exercises that highlight different types of physical targets, as presented within a historical context and aided by the use of a multi-dimensional & inter-dimensional space-time model. Approaches and concepts related to initial tuning in, establishment of site or object contact, and further information extraction techniques will be covered. Beginner and more experienced remote viewers will develop greater flexibility and acuity with quickly accessing information quickly, on a visual level.

Two organizing principals will be utilized, not to explain psi, but to direct it: 1: That of movement and coordination within and between both physical and mental dimensional space. 2: Embodiment of non-physical constructs, and embodiment of consciousness, for both informational gathering, and potentially transformational purposes. Key concepts borrowed from Extended Remote Viewing (ERV) and Controlled Remote Viewing (CRV) Methodologies will be explored and integrated. Brief suggestions/reminders for professional presentation of RV data will also be offered.

When a public figure dies, often the essence of who they were disappears. Not true of Ingo Swann: “father of remote viewing”; trainer of U.S. military psychic spies; parapsychologist and visionary artist, whose vast collection of papers, letters, books, and artwork comprise 121 boxes offering unique auto-ethnographic, phenomenological, and anthropological tools that are of a more intimate and revelatory nature then an ordinary literature review could provide. Utilizing Bruno Latour's Actor Network theory's flat approach to honoring all ""actants"" and tools as worthy of consideration, learn how Ingo Swann, as a revered and feared, misunderstood and controversial subject as researcher and researcher as subject, maintained an unrivaled commitment to science, and to disciplined practice and observation of self and others that continues to inspire generations of remote viewers today. In this talk, controversies over who really owned the rights to Controlled Remote Viewing Methodologies, whether CRV was ""proved or not""; why he left SRI and his contract with the U.S government ended; what his true agenda was; his involvement in Scientology, and other hidden gems about the hundreds of famous and colorful figures he associated with, will be offered.

Associative Remote Viewing is one of the only methods studied formally in parapsychology that has demonstrated successful application of psi in predicting future events leading to the acquisition of money. ARV projects are also enjoying a higher “hit” rate then other precognitive projects. In order to understand what worked when predictions resulted in hits, and what went wrong when predictions resulted in misses, a large sample size of completed ARV trials (apx) for 86 individual events related to sports or financial events are being re-evaluated by by six single new judges and two teams of two judges operating under blind conditions. These judges are repeating the judging, scoring, and predicting of 221 individual remote viewer’s transcripts which comprise the 96 events, while keeping all other variables stable. These new scores/predictions will then be compared to the original scores and predictions as well as to each other. If we find that specific single new judge(s) or a team of two judge’s predictions matched the actual outcome more consistently then the others, this will illuminate which judging methods (single vs. team of judges) and scoring methods (7 point scale vs. 3 point scale) can be considered more effective if the end goal is having higher hit rates and less misses. All but one team of judges have now completed their tasks and we anticipate having results in by the end of this month, with analysis completed by early April. This project is a recipient of the 2017 $3000 PEAR grant, awarded by the Parapsychology Association, but we’d like to unveil it at the IRVA/SSE conference first.

Statistician &mp; Project Advisor - Dr. Patrizio Tressoldi (Italy) is a professor in the psychology department at the Università di Padova. He has published over 100 studies related to quantum cognition, statistics and methodology, parapsychology, clinical and educational psychology, etc.

In this double blind Associative Remote Viewing Project, 41 moderate to highly experienced Remote Viewers were tasked with describing a feedback photo they would see at a future date. The photo was to be associated with the winner of the 2016 U.S. Presidential Election. Researchers compared the remote viewers written transcripts to a set of four photos – two associated with to the Republican and Democratic front-runners, one with a third party candidate option and one with an impossible option that served as the control group. A formal prediction was issued for a short period with some viewers being exposed to it and some not, in order to assess whether exposure to a potentially wrong prediction might result in displacement to the wrong photo. Other variables such as viewer preferences and voting behaviors were also assessed. Based on the suggestion to reject the null hypothesis during the hypothesis test summary a Wilcoxon test was conducted to assess the judge’s scoring value of viewer transcript across photos. The results indicated a significant difference where, z = -3.147, p<.01. The mean of the ranks of Hilary (the popular vote front-runner) was 13.71, while the mean of the ranks in favor of Trump (the electoral vote front-runner) was 17.28. Results indicated that rather then describing the photo the remote viewers consciously saw at the future date, they instead tuned into photos they would not see. Why did this happen? Is a large group consensus based approach really the best to use in projects such as these? And what does this mean for the future of Associative Remote Viewing projects that encounter similar incidents of displaced psi despite what seems to be a logical and theoretically sound design?

What makes a good remote viewing target? And do the surroundings in which a target is perceived affect how well it can be remote viewed? Twelve experienced remote viewers tried their hand at 30 open response tasks, which required them to describe photographs of a complex object positioned within one of three background conditions. Learn what the conditions were and how well the viewers did under each of the conditions in this carefully controlled project that was awarded the 2015 IRVA/IRIS Warcollier prize. Debra Lynne Katz will lead you through the conception, structuring, and execution of this fascinating and important project that she and Michelle Bulgatz organized and conducted, with help from 18 judges and guidance from some of the leading scientists in the remote viewing field. The results will surprise you–and you may learn something about why that last remote viewing attempt you made didn’t turn out so well. Or why it did!

You’ve heard of Guerilla Style Warfare and Guerilla Style Filmmaking, but Guerilla Style Research?! Join Debra Lynne Katz, and her co-conspirers Lance William Beem & Michelle Bulgatz, as they share lessons learned from the battlefields of 2 unique & compelling RV/ARV projects. Discover how the use of modern computer technology is changing the face of remote viewing for research, training and operational purposes.

“Return of the Phage” – Winner of IRVA’s Very First Warcollier Prize. In the final chapter of the ongoing saga, find out what happens when we combined thousands of viewers perceptions from close to 90 RV sessions and analyzed this list for the highest number of repeating words and clues to the question of: “What triggers replication in bacteriophages?”. Find out what we got when we combined all perceptions from the top rated sessions. Learn how we secretly embedded word lists in surveys sent to scientists and how they responded when they found out.

11 Viewers Successfully Predict Outcome of the 2012 Presidential Election – Discover how we overcame challenges in rating sessions with human’s as subjects. See for yourself how the Poquiz method of rating sessions (aka Dung Beetle System) is superior to the traditional 7 point rating system utilized at SRI.

At approximately the same time that CRV was developed by Ingo Swann and researchers at SRI, another technique was being created in Berkley California by a visionary named Louis Bostwick. He founded an institution, and discipline that would go on to spawn as many students, practitioners and generations of highly trained psychics as did Ingo Swann and the early government/military remote viewing programs.

While Bostwick’s program was not classified, his methods were closely guarded and he only taught those students who had the ability to commit to a long term intensive training program. It wasn’t until Debra Lynne Katz’s first book was published in January of 2005 that these techniques became widely available to the general public.

There will also be a demonstration of the VIDEOGRAM (AKA: Rose Method), and the presentation will end with a discussion about how to merge this technique with that of RV for physical locations.

The Complete Clairvoyant: A Trilogy: You Are Psychic; Extraordinary Psychic & Freeing the Genie Within
$24.99
Buy from Amazon.com

Associative Remote Viewing: The Art and Science of Predicting Outcomes for Sports, Politics, Finances & the Lottery
$34.99
Buy from Amazon.com

You Are Psychic: The Art of Clairvoyant Reading and Healing
$21.95
Buy from Amazon.com

Freeing the Genie Within: Manifesting Abundance, Creativity & Success in Your Life
$9.59
Buy from Amazon.com