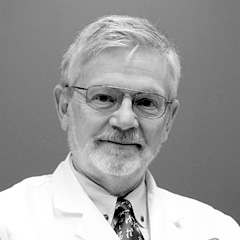 Christopher (Kit) Green, M.D., Ph.D. is an Assistant Dean (Asia Pacific) of the Wayne State School of Medicine in Detroit, Michigan. He holds clinical appointments as Professor in the Departments of Diagnostic Radiology and Psychiatry & Behavioral Neurosciences of the Harper University Hospital, Detroit Medical Center. He is also Professor at the Institute of Biophysics / Laboratory of Brain and Cognitive Science, of the Chinese Academy of Sciences. He maintains an active clinical private medical practice in forensic medicine and neuroimaging, neurogenomics, and neurotoxicology. Kit’s specialty includes the determination of morbidity and mortality of neurological and psychiatric disease due to unsuspected etiology. 20% of his medical practice is pro bono related to the forensic investigation and diagnosis of patients injured by anomalous events.

His career began with the US Federal Government in 1969 as a Senior Division Analyst for neurosciences at the Central Intelligence Agency. In the mid-’70s he was the first analyst and program manager for Remote Viewing research. He became a Branch Chief, Deputy Division Director, and Assistant National Intelligence Officer for Science and Technology. He joined General Motors Corporation in 1985 as head of Life, Materials and Environmental Sciences, and later became Executive Director of Technology Intelligence, and Chief Technology Officer for GM Asia Pacific Operations.

Kit returned to the full-time practice of medicine and became a faculty member at the Wayne State School of Medicine in 2002. Since 1985 he continuously has also served on over a dozen Federal science boards and positions, including as Chair of the Board on Army Science and Technology, and as a founder of the National Academy of Sciences/ National Research Council (NRC) Standing Committee on Technology Insight-Gauge, Evaluate, and Review (TIGER). In this recent assignment he was Chair of the two-year, 19-member study on Emerging Cognitive Neuroscience and Related Technologies of the Committee on Military and Intelligence Methodology for Emergent Neurophysiological and Cognitive/Neural Research in the Next Two Decades. He recently was Chair, of the Independent Science Panel for the Undersecretary of the Army for Operations Research and the Assistant Secretary of Defense for Chemical, Biological, and Nuclear Matters. He holds the National Intelligence Medal, and is a Fellow in the American Academy of Forensic Sciences. He was elected a Lifetime National Associate of the US National Research Council of the National Academies of Sciences in January, 2012.

IRVA 2012 – Separation Anxiety: A View from the Inside of the Two Scientific Worlds of Remote Viewing

Goal of Presentation: To describe from personal, and largely past private experiences, the initial government interest and first research programs in Remote Viewing. Explain what experiments were the most important, and the most problematical. Describe how and why things were more accepted at first, and now paradoxically have become more difficult, as the field has matured.Fifty years ago Remote Viewing [RV] was simultaneously introduced into the Intelligence Communities [IC] of the East and West. Western Analysts initially discounted its scientific merit because the popular literature was meager and suspicious. HUMINT sources seemed to display loose association, were often mercurial, and refused to act systematic. To Soviet, Sino, and Western insiders RV was only viewed as the stuff for recruitment: and only after spotting and assessing the credulous. The landscape was quickly filled with disinformation, dissimulation, deceit, and junk data. Then, ten years later, it all changed.

This presentation will attempt to explain what happened, from the perspective of an eyewitness to all of the first events, who soon became a partner and participant, and sometimes problem. Special attention will be made to why the serious scientific and IC analytical community had to struggle with the anecdotal, which very often became veridical. Personal testimony suddenly came from the most credible sources. Double-blind results ruled-out magic and deceit. Serious, solid, focused and highly successful research followed. It was peer-reviewed and published in the best journals. From the inside the open-minded were rewarded with unassailable, often repeatable, and highly useful data. Then, twenty years later, it all changed again.

The speaker will argue that several inconvenient truths about RV as perceived in the broader government and scientific community, have poisoned our landscape. Some of the truths are related to the reality of RV as a tool, its reality as a hijacked opportunity, and the reality of continued exaggeration of its failures, not successes. The presenter will describe personal impressions of several disturbing situations that began to separate the analysts from the researchers, the subjects from the experimenters, and the science from the scientists. It is intended that these recollections are understood as being deeply personal, and while now public, as perceptions about our collective hubris.Several alternative explanations will be discussed for the current state: why the better science and data remain outrageous to learned Academies, why results are thought to be “statistical”, application-insensitive and expensive, and operationally uninteresting and degraded. Since those on the inside know these “academic and scientific” opinions are themselves absurd, why then, is this field so disrespected by the very governmental and academic agencies and boards that constantly claim to seek emergent science? Why did the “insiders” turn enemy? Or, …did they?

The presentation will end with two notions: first, the truths about the kinds of people who are the subjects, the researchers, and those who read the results as separate from the users. Second, what this means to us, and why we probably won’t do anything about it.