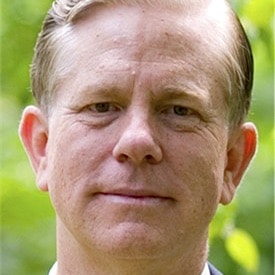 Raised in a spiritually oriented family environment, Skip Atwater’s childhood was filled with extraordinary psychic experiences. As a young adult he was guided from within to a career as a counterspy during the cold-war era where he used his natural psychic aptitude as a U.S. Army Counterintelligence Special Agent. He initiated the US Army’s remote-viewing intelligence program now known to world by the code name STAR GATE.

After retiring from the Army, Skip became Research Director at The Monroe Institute. Since then he has published technical research on methods for expanding consciousness, authored the inspirational book, Captain of My Ship, Master of My Soul, and assisted hundreds of individuals in experiencing and exploring expanded states of consciousness. In December 2006 he became the President of the Institute.

Skip Atwater speaks at seminars, conferences, and religious services around the world each year. He has been featured on Coast-to-Coast AM, Jeff Rense, and Lights On with Nancy Lee radio programs several times and has been on numerous other community television and talk-radio shows all over the United States, Australia, England, and Spain. He has appeared on nationally televised programs including Sightings, the Life Science Foundation public television documentary Intuition, the A&E series The Unexplained, The Learning Channel series Science Frontiers, the A&E two-hour special Beyond Death, and The History Channel series History Undercover. He lives near The Monroe Institute in Virginia.

One of the more popular theories attempting to explain how remote viewing works involves quantum mechanics. Quantum Mind Theory offers an explanation as to the mechanism by which quantum principals may be involved. Spatial Angle Modulation or SAM is a new audio support technology developed by The Monroe Institute within the context of contemporary scientific revelations about consciousness based on a quantum mind hypothesis and shows promise as a aid to remote viewing.

The SAM audio support technology was developed within the context of contemporary scientific revelations about consciousness. The result of this effort is an innovation based on the established principles of acoustic resonance and fits well into our long history of audio guidance systems.

Rather than binaural beating to achieve its effect, Spatial Angle Modulation (SAM) uses a single frequency tone digitally movement-modulated for presentation in a stereophonic field. Using stereo headphones or speakers, the spatial angle of the apparent sound source moves more rapidly than the brain can process as a Doppler shift anomaly. As a result, the brain produces a modulation or change in the tone – a tremolo effect similar to binaural beating. It is this tremolo effect coupled with the size and orientation of the movement arc produced that give SAM its ability to influence regional brain activity and changes in states of consciousness.

The SAM audio support technology provides a means of inducing altered states of consciousness ranging from deep relaxation to expanded perceptual abilities and other “extraordinary” states. When SAM is combined with other sensory-information techniques (such as sitting in a darkened room), social-psychological conditioning tools (such as group communities), and educational curriculum (in which new cognitive, “consciousness expansion” skills are learned), it has the ability destabilize the ongoing baseline state of consciousness (usually the normal waking state). And, as the process continues, the SAM stimuli are modified and become patterning forces to engender various altered states of consciousness. Eventually, a new self-stabilized structure – the desired altered state of consciousness – forms and is supported by SAM thus providing access to a variety of beneficial applications like remote viewing and personal experiences of expanded states of consciousness. In Monroe terminology, this new technology enables you to move across the “bridge to other reality systems” and integrate your experiences, craft a genuinely meaningful life, realize your true Self and, thereby, benefit all of humankind.

Project 8200 was a remote-viewing effort conducted from 1982 to 1986 that attempted to corroborate information provided by Pat Price a decade earlier. Pat was “discovered” by SRI International in the early days of STAR GATE, a US Government sponsored remote-viewing research and intelligence-collection program. Eventually, Pat was recruited by the CIA and provided them with surprisingly accurate intelligence information until his reported death in 1975. In 1973, prior to going to work for the CIA, Pat Price provided a lengthy unsolicited report of self-targeted “remote viewing” information regarding what he believed to be underground UFO bases. Project 8200 used the next generation of STAR GATE remote viewers in an attempt to verify or refute the information provided by Pat Price. The results of Project 8200 were never officially reported to higher authorities but some of the information has been available in public domain conferences, articles, and through the Internet. There is, however, more to this story . . . never-before-released remote-viewing information that hasn’t been shown to the public until now!


IRVA 2002 – The Role of the Monitor in Remote Viewing

Hemi-Sync is a patented auditory guidance system developed by The Monroe Institute to engender states of focused consciousness. We contracted privately with Robert Monroe to work with Joe McMoneagle, an experienced, highly skilled remote viewer for the military Star Gate program. The training sessions continued for ten non-consecutive weeks over a period of one year.

Each training week I conducted an audit remote-viewing session to try to determine any improvement in Joe’s remote-viewing performance. During one of these, I decided to use coordinates of some unusual structures on the planet Mars that Dr. Puthoff from SRI had provided me. As it turned out Joe described eight different coordinate-designated locations on Mars.

This presentation will describe the Hemi-Sync process; the associated remote-viewing training used with Joe McMoneagle, and illustrate the results of this specialized training by sharing actual recordings of Joe’s historic remote viewing of Mars

Captain of My Ship, Master of My Soul: Living With Guidance
$65.63
Buy from Amazon.com